For March 15, 2019
Christians around the world look forward to our Lord Jesus Christ’s imminent return with great anticipation. Jesus’ Disciples asked Him what would be the sign of His coming (Greek: parousia).

Over the past two-thousand years, theologians have offered many complex 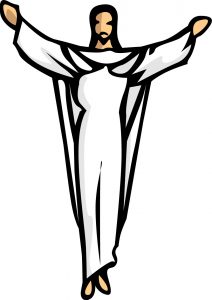 views concerning His glorious return1. Yet in Matthew 24:30-31 (NIV), our Lord uses very simple language to declare His imminent return will be a glorious, unmistakably noticeable event befitting divine royalty:

Then will appear the sign of the Son of Man in heaven. And then all the peoples of the earth will mourn when they see the Son of Man coming on the clouds of heaven, with power and great glory. And he will send his angels with a loud trumpet call, and they will gather his elect from the four winds, from one end of the heavens to the other.

I am amazed at how people dismiss the Lord’s return as trivial when the signs of the times (also featured in Matthew 24) are so prevalent and irrefutable:

Christians need not fear the “last days” since a wonderful future awaits us—we shall see the Lord in His full glory! And as 1 John 3:2 states, We shall be like Him and see Him as He is.

Remember at Sinai, when Moses asked God to show himself? God warned him that one brief glimpse of His glory would be too much for any mortal. So instead, God placed Moses in a cleft on the mount, and He passed by, allowing Moses to see His backside only briefly.

As Moses bowed and worshipped the Lord, he caught a glimpse of God’s glory from behind. Yet that split second glimpse illuminated Moses’ face so brightly that he had to veil his face to keep from frightening the Children of Israel assembled at the base of the mount.2.

If a momentary glimpse of God was this illuminating and frightening, imagine how powerful, how glorious and how magnificent a full view of the Jesus Christ, the Son of God “coming on the clouds of heaven with power and great glory” will be? Awesome indeed!

Then in an instant, we shall forever know true ecstasy as we share His loving, glorious presence in the company of all of those who have placed their faith God since the beginning of time.

Although many speculate, no one knows the precise day and time of the Lord’s return. Yet as we wait, we can stand firm and let nothing deter us. We can give ourselves fully to the Lord’s work because we know that our labor in the Lord is never in vain, just as 1 Corinthians 15:58 teaches.

The Lord Jesus Christ’s return is imminent. Are you ready?