October 5, 2019
In His meeting with the Jewish religious leader Nicodemus recorded in John Chapter 3, the Lord Jesus Christ made several astounding claims. 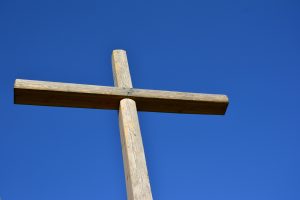 Then Jesus predicted His death at Calvary and promised that we who believe  in the merits of His sacrifice “should not perish, but have eternal life.” And later in 3:16, He presents the essence of the Gospel message that is still recited around the world some 2000 years later:

For God so loved the world, that He gave his only begotten Son, that whosoever believeth in Him should not perish, but have everlasting life.

The Creator of the Universe knows our deepest thoughts, motives, and desires. Although He is also fully aware of those “secret sins” hidden from others, He still chooses to love us with such a great love that despite what we’ve thought, said or done—past or present, He is willing to forgive us and extend to us His gifts of eternal fulfillment and bliss.

None of us are “good enough” to earn God’s consideration; struggling with some fault is something that all of us share in common. The only exception was the Lord Jesus Christ, who was morally and spiritually perfect, well qualified to make this observation in 3:17:

For God sent not His Son into the world to condemn the world; but that the world through Him might be saved.

The Lord did not come to condemn us. We were condemned the moment that we took our first breath in this sin-tarnished world. A cursory look at news, entertainment, sports and political stories attest to the fact that we are yet fallen creatures in need of a Savior, just as the Bible teaches.

The Lord is choosy about the people He associates with, so it shouldn’t surprise us that the Lord has a “no riff-raff allowed” policy that remains in force today as Romans 3:23 observes: All have sinned, and come short of the glory of God.

Over the years, I’ve met many people who struggled with some form of compulsive addictive behavior, who for the most part, never needed to be reminded of their flaw in character or judgment.

n order to relieve us of our flaws, the Lord chose to offer Himself as the perfect sacrifice so that our faith in Him would forever secure God’s consideration towards us both now and forever. What a wonderful Savior!

Won’t you give Him your heart today?