October 19, 2019
Some would argue that our Heavenly Father, Jesus Christ, His Son and the Holy Spirit are three expressions of one being, and not three distinct persons.1Here, the idea of Jesus Christ being a person who is both infinitely God and finitely human simultaneously is questioned.

However, the Apostle John, who also wrote the Fourth Gospel, refers to our Lord and Savior Jesus Christ as both divine and human: 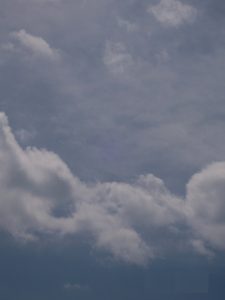 In the beginning was the Word, and the Word was with God, and the Word was God. He was with God in the beginning. Through him all things were made; without him nothing was made that has been made. In him was life, and that life was the light of all mankind. The light shines in the darkness, and the darkness has not overcome…The Word became flesh and made his dwelling among us. We have seen his glory, the glory of the one and only Son, who came from the Father, full of grace and truth.  John 1:1-5, 14 (NIV)

It is a mystery how three persons are one. But when we count the two persons identified in John’s passage, along with the Spirit of God, who hovered over the waters in Genesis 1:2, each person is given the title “God” and are heavily involved in creation as well.

God’s supreme mystery paid for our redemption by resolving our sin problem, which began immediately after God’s perfect creation was tarnished by sin through Adam and Eve’s disobedience. Thus, we today are sin-cursed—not because of the sins we’ve committed—but because of the sin-tainted nature at work in us constantly.

The Apostle John describes our remedy through God’s loving intervention:

But to all who believed him and accepted him, he gave the right to become children of God. They are reborn—not with a physical birth resulting from human passion or plan, but a birth at comes from God. John 1:12-13 (NLT)

Even the mystery which hath been hid from ages and from generations, but now is made manifest to His saints: To whom God would make known what is the riches of the glory of this mystery among the Gentiles; which is Christ in you, the hope of glory!

The Father set in motion what the Son fulfilled and the Spirit sustains. It is not ours to fully understand how the same God who created us can be the same God who redeemed us at Calvary. Or how God can forgive our sin while filling and sealing us by His Spirit simultaneously.  How God can intercede for us today and yet soon return for us so that we can live with Him forever in Heaven can be beyond our comprehension at times.

But He did and still does…What a wonderful Savior!

Although God’s supreme mystery lies beyond our finite understanding, we are  eternally grateful that it is not beyond the grasp of our simple, child-like faith in Jesus Christ.