For April 14, 2019
Much like any other Sunday morning in Jerusalem, this particular one was peaceful and quiet. The Roman soldiers who were guarding Joseph of Arimathaea’s tomb were preparing for what would otherwise be an ordinary day. Not quite dawn; the horizon’s shades were gradually changing from a starry pitch-black darkness into breathtaking shades of orange-red, beige-yellow and blue; to welcome the dawning of a new day.

These highly trained, hardened soldiers were alerted by the shadowy figures and voices of women who were coming to the tomb to embalm their Savior 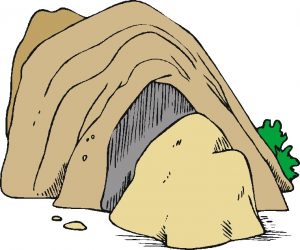 In Matthew 28, we learn there was a great earthquake as the Angel of the Lord descended from Heaven and rolled the stone from the door. The Angel appeared as bright as lightning with snowy white clothing. The solders trembled in fear—horrified by what they saw—“became as dead men.”

“Don’t be afraid!” he said. “I know you are looking for Jesus, who was crucified. He isn’t here! He is risen from the dead, just as he said would happen. Come, see where his body was lying. And now, go quickly and tell his disciples that he has risen from the dead, and he is going ahead of you to Galilee. You will see him there. Remember what I have told you.” Matthew 28:5-7 (NLT)

Naysayers have speculated the Lord’s Disciples stole Jesus’ body, the women went to the wrong tomb, or people hallucinated our Lord’s resurrection. Yet no one has yet to refute or discredit the New Testament account of the resurrection.

In addition, after two-thousand years, we are still not able to refute the testimonies of those, who like the Apostle Paul, claimed to have seen the Lord Jesus. Moreover, the incredible transformation in the lives of those who have encountered the Risen Christ by faith cannot be explained as well.

Jesus Christ is risen, and because He lives:

When we give our hearts to the Lord Jesus Christ, He transforms us so marvelously that we often cannot recognize ourselves as being “new creations” in Christ, just as 2 Corinthians 5:17 teaches. What a wonderful Savior!