For November 17, 2019
The warm Palestinian sun was near its zenith when our Lord arrived at Sychar along with His Disciples as presented in John Chapter 4. Weary from His morning travels—being around noon—the Disciples went to buy food for the group while He sat by Jacob’s Well.

Almost immediately, a certain woman came to the well to draw water. There she encountered Jesus, and her life along with certain cultural mores and traditions would 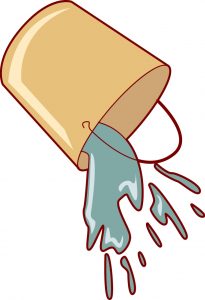 It was customary to draw well water during the late afternoon or evening hours when temperatures were much cooler.1 Although Jesus was considered a Jewish Rabbi, He was forbidden to engage in a public dialogue with the woman.2 Nevertheless, He breaks tradition by engaging in public dialogue.

Moreover, Samaritans3 were considered “half-Jews” at the time of Christ. And as such, contact between the two races was discouraged.

However, the Lord ignored the social, cultural traditions and initiated a conversation with the woman that shifted from drinking the water from Jacob’s Well to experiencing eternal ultimate refreshment through the “living water” that only He provides:

The woman accepted Jesus’ invitation to receive His living water because she, like so many of us today, grew tired of her mundane, unfulfilled life. She too discovered that a life of sin does not fulfill the deep longings of the heart as a personal relationship with the Lord does.

Moreover, acquiring the newest, biggest, or best material thing that we can have might feed our egos or tantalize our senses briefly, but they will never fill the spiritual void we have in our hearts for a personal, loving, eternal, relationship with the Lord.

She discovered that only Jesus Christ can give us ultimate refreshment that lasts forever, and she craved His living water, which He offers everyone freely, and without measure.

She came to the well looking for regular water. But, after meeting Jesus, she found living water that provides ultimate refreshment forever. Overjoyed, she dropped her bucket and ran into town, telling others about her encounter with the Lord and of His living water. Her compelling story led others to the Lord that day as well.

Having living water will not exempt us from the adversity or the pain we can experience in this life. Yet, it will ensure our victory just as Jesus promised in John 16:33 (NIV):

“I have told you these things, so that in me you may have peace. In this world you will have trouble. But take heart! I have overcome the world.”