For February 28, 2021
Joseph was the eleventh son of Jacob (Israel), and the firstborn from the union of Jacob by Rachel. He was his father’s favorite son and received a tunic of many colors or color pieces. Such was a garment of distinction, which infuriated his brothers, who “could not speak peaceably to him.” At seventeen, Joseph dreamed two dreams that further exacerbated the situation.

When Israel sent Joseph to check on his brothers who were grazing their herds near Dothan, the brothers tossed him into a pit, and eventually sold him to Ishmaelites on their way to Egypt. There Potiphar, an officer of Pharaoh and captain of the guard, bought him as a house slave. But 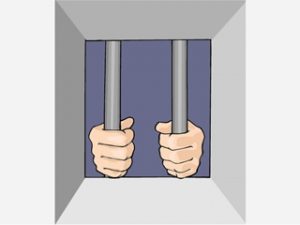 the Lord was with Joseph and prospered Potiphar entire household because of Joseph.

Potiphar’s wife showed interest in Joseph, and later falsely accused him of sexual assault. As a result, Joseph was imprisoned for a crime he did not commit for thirteen years.

But, the LORD was with Joseph and showed him mercy, and He gave him favor in the sight of the keeper of the prison (Genesis 39:21 NKJV).

Eventually, Pharaoh had two troubling dreams, and Joseph was summoned to provide an interpretation for both dreams. God supplied Joseph with the interpretations, which pleased Pharaoh to such a degree that Joseph was elevated to a distinction that was only superseded by Pharaoh himself.

Ultimately, the Lord used Joseph to save a nation (Egypt) from the ravages and decimation of a severe, seven-year famine. But the Lord also used him to provide a temporary shelter—during the famine—for the Children of Israel in the Land of Goshen.

From Joseph’s encounter with the Lord, we can learn three fundamental principles about how the Lord deals with His people:

The Lord was with Joseph. This preposition shows proximity or association God calls His people to be in fellowship with Him. It is used frequently to show the promises of God towards us, or to affirm that God is with us, or our petitions to God to be with us.

Everywhere God meets us He places on us a moral demand. It is our obedience and sensitivity to the Holy One of Israel that makes us compatible. Ours is a loving covenant relationship that is based on our faith in Jesus Christ. We love Him completely because He first loved us (1 John 4:19).1

From Joseph, we can know that the Lord is with us today; through the highs and lows; through the happy times and sad times; through bright moments and the dark moments. Jesus promises to be with us always—even unto the end of the earth (Matthew 28:20).

Thus, through Christ, we can say with confidence, even as King David attests,

He makes me to lie down in green pastures; He leads me beside the still waters. He restores my soul; He leads me in the paths of righteousness For His name’s sake. Yea, though I walk through the valley of the shadow of death, I will fear no evil for You are with me (Psalm 23: 2—4 NKJV).

The Lord showed him mercy. Mercy is a word we do not hear much nowadays since vengeance and retribution have replaced it. For not only does it convey good deeds, goodliness, kindly, or pity, it presents our Lord’s prerogative to extend His unfailing love and kindness towards us—when punishment or condemnation are due us!2

It was the mercy of the faithful Covenant God of Israel, which rescued Joseph’s life. In the prison itself Jehovah was with Joseph, procuring him favor in the eyes of the governor of the prison, so that he entrusted all the prisoners to his care, leaving everything that they had to do, to be done through him, and Jehovah made all that he did to prosper.3

Even in our modern world today, God still extends mercy—when judgment and wrath are warranted. We are born with having no fellowship with God due of the disobedience of our ancestors. We were fallen creatures. Jesus paid the price for our sin with His own body and blood.

Jesus Christ bridged the gap between us and God providing a new identity as Born Again and new creatures in Christ.

Therefore, if anyone is in Christ, he is a new creation; old things have passed away; behold, all things have become new (2 Corinthians 5:17 NKJV).

He also gives us a new standing as totally righteous or justified before our Holy God.

Therefore, having been justified by faith, we have peace with God through our Lord Jesus Christ, through whom also we have access by faith into this grace in which we stand, and rejoice in hope of the glory of God (Romans 5:1—2 NKJV).

In addition, He supplies us with the Holy Spirit who supplies our inner strength to live out a consistent Christ-likeness, which is our sanctification while He is preparing for us an eternal Heavenly Home.

Let not your heart be troubled; you believe in God, believe also in Me. In My Father’s house are many mansions; if it were not so, I would have told you. I go to prepare a place for you. And if I go and prepare a place for you, I will come again and receive you to Myself; that where I am, there you may be also (John 14:1—3 NKJV).

The Lord gave Joseph favor. Here, the focus of attention is not on the giver (God), but on the recipient (Joseph) of what is given (favor). It was the Lord who caused Joseph to find favor so that he was not just given graciousness and prosperity in prison. God also favored him to become second in command to Pharaoh.4

Joseph suffering innocently, yet he confided in God who gave him favor to endure and prosper. The Lord enables us to thrive during adversity as well,

But we have this treasure in earthen vessels, that the excellence of the power may be of God and not of us. We are hard-pressed on every side, yet not crushed; we are perplexed, but not in despair; persecuted, but not forsaken; struck down, but not destroyed—always carrying about in the body the dying of the Lord Jesus, that the life of Jesus also may be manifested in our body (2 Corinthians 4:7—10 NKJV).

When God is for us, who can be against us? (Romans 8:31) As we dwell in the secret place of the Most High, under the shadow of the Almighty (Psalm 91:1), we are certain to experience His peace and favor in all our endeavors,

Therefore humble yourselves under the mighty hand of God, that He may exalt you in due time, casting all your care upon Him, for He cares for you (1 Peter 5:6—7 NKJV).

We are not exempt from adversity, sickness, peril, or death due to the presence of sin in our world. To paraphrase our Lord, “The sun rises on the evil and the good, and it rains on the just as well as the unjust.” (Matthew 5:45)

When the Lord is leading us, we will be blessed with His favor in all we do as King Solomon observes, “When a man’s ways please the LORD, He makes even his enemies to be at peace with him” (Proverbs 16:7 NKJV).

God used Joseph to fulfill His divine purpose for the chosen people. Yet, He can use us to fulfill His unique plan today, so that despite our challenges and obstacles, the Lord yet calls us to trust in Him with our whole heart by obeying Him completely because He is in full control as Romans 8:28 (NKJV) tells us:

And we know that all things work together for good to those who love God, to those who are the called according to His purpose.

In the meantime, let us commit our ways to the Lord; trusting Him to direct us, obey His Word and His will so that He can use us to fulfill our purpose for living—for His glory alone! The Lord was with Joseph, and showed him mercy, and gave him favor in the sight of the keeper of the prison. Won’t you trust Him today?