For October 9, 2021
When we think of “freedom,” we conjure up notions of unlimited mobility or liberty someone or something has without imposition, hindrance, or restraint. Webster’s defines freedom as,

Not subject to the control or domination of another, exempt, not bound, 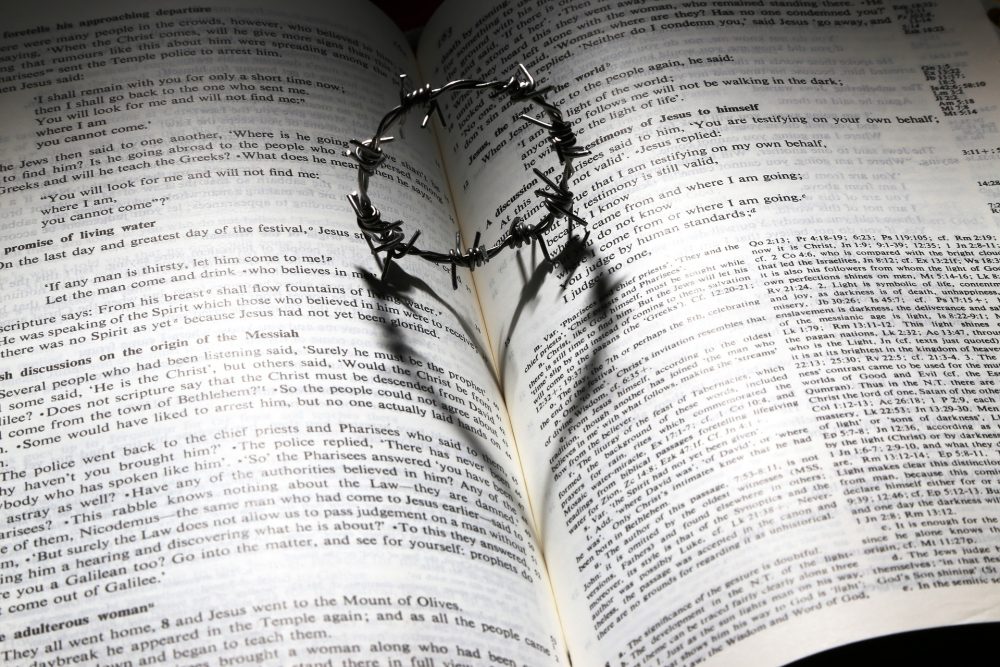 confined or detained, capable of moving or turning in any direction; to cause to be free, to relieve or rid of what restrains, confines, restricts, or embarrasses.1

Human freedom can provide short-term confinement relief, but it is not redemptive because we will always have indiscriminate exploitation and victimization due sin’s presence in all of our hearts. Consequently, I recognize the importance and thank God for the presence of civic and moral law, which helps to guard against the wanton pursuit of personal freedom at the expense of others.

There was a time in our nation’s history when racial segregation deprived many U.S. citizens certain basic freedoms. During that era, we associated freedom with racial justice and equality. So as Dr. Martin Luther King, Jr., and others both black and white spoke of freedom, it stirred our hopes for a better tomorrow with access to places and things unavailable to us at that time,

Our freedom was not won a century ago, it is not won today…Today the question is not whether we shall be free but by what course we will win.2

In the wake of Dr. King’s assassination, our astronauts landed on the moon. The ‘60s were behind us, and the ‘70s became our long awaited moment to realize “the Dream,”[“The Dream” refers to the “I Have a Dream” speech Dr. MLK, Jr. delivered during the March On Washington on August 28, 1963[/note] and to embark on our brave new world filled with love and peace—together!

But, as Psalm 118:8 relates, it is far better to place our confidence in the Lord than in fallible human beings, even when we are well-meaning. The onset of personal and political materialism, greed, and opportunism, along with “high-profile” moral failures and scandals, and false promises, coupled with the proliferation of sex, drugs, gangs, senseless violence, and more victimization, which subsequently followed should not have surprised us.

Now, fast forward to 2021, and we seem to be reliving our past hopes for a brave new world. However, five things are profoundly clear in retrospect,

Much has improved for many disadvantaged people who took advantage of the opportunities in education and commerce that became available. Incidentally, the freedoms we share as Americans, which we often take for granted, were never intended as licenses to do what we want, when we want, to whomever we want willy-nilly.

The increases in disrespect, hostility, and violence where we should exercise understanding, civility, and courtesy trouble me as well. All of us are free to express our opinions appropriately (i.e., without endangering the health, safety, or welfare of others), without the fear of censorship.

As a civilized people, we are to exercise vigilance and a swift dispatch in our moral responsibility to extend consideration toward our fellow citizens,

The freedom of God is exercised and illustrated in his government of his moral creatures. It has pleased God to create intelligences possessed of moral freedom and to make their ultimate destiny contingent upon the right use of their freedom.3

Human freedoms carry with them a sacred duty to preserve public civility, decency, and goodwill especially within our own families and communities. We share the world with others, so it would behoove us to foster a congenial atmosphere, which is in everyone’s best interests. Otherwise, there will be more anarchy, hostility, and senseless violence to jeopardize everyone’s safety.

Human freedom will not provide true lasting peace and fulfillment, and when we rely on it alone, it becomes a broken cistern,

For my people have committed two evils; they have forsaken me the fountain of living waters, and hewed them out cisterns, broken cisterns, that can hold no water (Jeremiah 2:13 AKJV).

Physical or man-made freedom does not address our spiritual being; to be truly free, we must consider our spiritual dimension as well,

You will know the truth, and the truth will set you free. I tell you the truth, everyone who sins is a slave of sin. A slave is not a permanent member of the family, but a son is part of the family forever. So if the Son sets you free, you are truly free. (John 8:32, 34-36 NLT)

Jesus Christ is the embodiment of truth by which we can know and experience absolute freedom. No longer slaves to sin, we can become new creations with new desires that emerge from our new disposition as 2 Corinthians 5:17 tells us.

The Greek word Jesus uses for “free” is eleutheros (Strong-G1658), which conveys the idea of one being unrestrained; to go at pleasure; not enslaved; to be exempt from obligation or liability; to go where ever one pleases.5

Derivatives appear in Galatians 5:1 (NKJV), which present a very similar picture (my emphasis),

Stand fast therefore in the liberty by which Christ has made us free, and do not be entangled again with a yoke of bondage.

True freedom can only happen when we surrender to Christ completely. His Spirit within us will keep us from bondage. Now we can be forgiven and free followers of Jesus Christ; called to foster and preserve a civil world with a consecrated, Christ-centered life. Won’t you give Jesus Christ your heart and experience true and lasting freedom?

What a Wonderful Savior?