For April 10, 2022
It would come to be known as the Passion Week, but it started with the normal fanfare associated with Unleavened Bread and Passover, two major Jewish feasts where male attendance was mandated.1

Unleavened Bread and Passover celebrated the Children of Israel’s deliverance from four-hundred years of Egyptian bondage (Exodus 12:1-13:16, 23:17, 34:23). During that week of jubilant celebration, festive revelers, musicians, and celebrators from around the world converged on Jerusalem and increased the city’s population exponentially to well over a million persons, or several times its normal size, with song, dance, and reverie.

It was the first day of the week, then it happens; Jesus enters Jerusalem as the 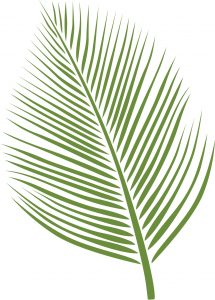 long-awaited Messiah riding a donkey. Crowds gathered to lay palm branches and their outer clothing in His path shouting,

Hosanna to the Son of David! Blessed is He who comes in the name of the Lord! Hosanna in the highest heaven! (Matthew 21:9 NIV)

Jesus did not ride a horse, as would a conquering hero. Instead, He rides the donkey’s colt, a symbol of peace, to present Himself as God’s humble emissary sent to redeem a fallen humanity. His calculated actions fulfilled the Messianic prophecy of Zechariah 9:9 (NKJV),

Rejoice greatly, O daughter of Zion! Shout, O daughter of Jerusalem! Behold, your King is coming to you; He is just and having salvation, Lowly and riding on a donkey, A colt, the foal of a donkey.

That day, Jesus visits the Jerusalem Temple where He heals the blind and lame. Then, He and the Disciples retire to nearby Bethany.

Several months have passed since Jesus’ last visit to the Samaritan village, where He “set His face” to complete His earthly ministry on a wooden cross at Jerusalem. (Luke 9:51) On that occasion, He sought to surrender His life for the lives of fallen humans everywhere.

The ideas of mercy, redemption, and atonement are foreign to the self-centered, post-modern, millennial mind. But to those of us who have experienced His salvation—personally—through faith, can experience deep and lasting joy, fulfillment, and peace; knowing that He gave Himself freely, willingly, and completely to take away the sins of every man, woman, boy, and girl, past, present, and future.

Our noble human nature allows for the saving of a loved one when our love for them or our desire to protect them is what motivates us. However, saving a stranger, or known enemy, or even someone who hates us, is extremely hard to envision.

Not so with Jesus Christ. He was sin-less, yet He became sin for us in order for us to be righteous before God. (2 Corinthians 5:21) Moreover, He was God and became our human Redeemer. (John 1:14)

Because of His great love for us, Jesus presented Himself to the world—on that blessed Palm Sunday—fully aware that His death would redeem us from sin and restore us to a loving, eternal relationship with God,

It is truly remarkable how our Lord and Savior Jesus Christ freely redeemed the Jew, Gentile, rich, poor, believer and non-believer. All of us can vicariously receive the full benefit of His perfect sacrifice—without preference or distinction. Now, no longer can Satan, sin, and death bind us, because our faith in His perfect work determines our righteousness (or lack thereof) before our Heavenly Father.