For November 14, 2021
I’ve often wondered if we should have Christian faith registered as an endangered species. For many, our confidence is no longer God-based but human-based instead. Our modern world seems to be far more obsessed with what we can accomplish though intellect, technology, and human prowess and less insistent about praying first, and then trusting Him to resolve our problems. 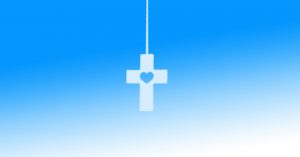 This is what the LORD says: “Cursed are those who put their trust in mere humans, who rely on human strength and turn their hearts away from the LORD.”  Jeremiah 17:5 (NLT)

Hebrews 11:6 reminds us that we cannot please God without having faith in Him—first. It also tells us that we must not only believe that God exists. We must also believe that He will reward all who sincerely seek after Him. Here in this chapter, we learn that by faith:

Overthrew kingdoms, ruled with justice, and received what God had promised them. They shut the mouths of lions, quenched the flames of fire, and escaped death by the edge of the sword. Their weakness was turned to strength. They became strong in battle and put whole armies to flight. Women received their loved ones back again from death…All these people earned a good reputation because of their faith, yet none of them received all that God had promised. For God had something better in mind for us, so that they would not reach perfection without us. Hebrews 11:33-40 (NLT)

Faith does not exclude common sense or logic. But it does require that we not rely on our senses exclusively but trust the Lord for the proper solution, when we’ve reached the extent of our human capabilities. In other words, we should  be willing to take a “leap of faith” by relying upon God, our Supreme Spiritual Reality who cannot be proven scientifically or explained logically—especially when He accomplishes His miraculous works for us in an answer to prayer.

Years ago, a very popular phrase encouraged us to rely on the Lord for everything: “Let go and let God!” This phrase has been made relative and meaningful due to the six-thousand years of recorded human history where the Lord has proven Himself to be the answer to every question, and the solution to every problem.

The Lord said that we could move mountains and that nothing would be impossible with faith the size of a mustard seed. To gauge the quantity or fervor of our faith, we should not rely on our feelings and circumstances because faith is a mystery that is essential to our human experience.

Isaiah pondered the elusiveness of redeeming faith when he asked in Isaiah 53:1, “Who hath believed our report? and to whom is the arm of the LORD revealed?” This age-old question presents us with what defines redemptive faith, which has one object: Jesus Christ, the perfect Son of Man and perfect Son of God.

Through our faith (and repentance), we can approach Jesus Christ with a broken and contrite heart. Then He gives us a complete spiritual overhaul, a restored fellowship with God, and an abundant life that lasts forever.

The Bible teaches that human life is sustained by blood, which God uses to remediate sin (Leviticus 17:11 and Hebrews 9:22). A sinless Jesus Christ shed His blood to pay the price for our sins—past, present, and future. The Bible teaches us that we can trust in the Lord, and rely on Him to solve our problems and meet our needs,

Trust in the LORD with all your heart; do not depend on your own understanding. Seek his will in all you do, and he will show you which path to take. Proverbs 3:5-6 (NLT )

And this same God who takes care of me will supply all your needs from his glorious riches, which have been given to us in Christ Jesus. Philippians 4:19 (NLT)

We can have faith in God because He is omnipotent; having all power, omniscient; having all knowledge, and omnipresent; fully present everywhere at the same time. He’s also sovereign; in full control over Heaven and earth, but most of all, He is holy, loving, good, faithful, and true; He cares for His precious children and provides abundantly for them as well. Our God is an awesome God. Won’t you put your faith in Him today?